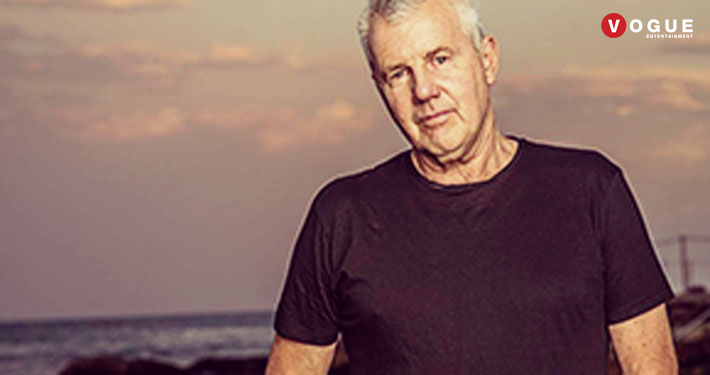 More than two decades on from the partnership that produced the multi-platinum albums Edge (1988) and Rise (1990), Sony Music Australia is ecstatic to announce it has re-signed the legendary Daryl Braithwaite and is set to release his brilliant new mini-album, FOREVER THE TOURIST.

Far from an exercise in revisiting past glories and greatest hits – of which, of course, there are plenty – FOREVER THE TOURIST reveals a brand new stunning chapter in Daryl’s unparalleled career.

And the centrepiece of this new chapter is the anthemic and sparkling new single, “Not Too Late”. In light of the renewal of his partnership with Sony, there could hardly have been a more apt title. It’s a story of hope, aspirations and most definitely reflections of life, and the obvious choice – to have a go or not.

“It seems quite appropriate,” says Daryl. “Even though it’s about a relationship situation, it’s saying that maybe it’s not too late to try anything, whether it be music or anything else. We’ve been playing ‘Not Too Late’ live and it’s been getting a surprisingly good reception, considering the audiences don’t know it.”

“Not Too Late” looks set to join Daryl’s cannon of uplifting classics, including “One Summer”, “As The Days Go By” and “The Horses”, plus the countless timeless gems from his days fronting Sherbet, such as “Summer Love”, “Howzat” and “Cassandra”, to name just a few.

Now 64 – yes, 64! – Daryl’s famous voice still sounds as fantastic as ever and his lifetime addiction to surfing means he’s as fighting fit as men half his age.

Call this a comeback, a second comeback at that, but as Daryl’s hordes of fans across Australia will attest, the great singer has never gone away. He and his incredible live band have been selling out pubs and clubs in every corner of the country for decades. Several of the members of Daryl’s band have been with him since the Edge and Rise days. The last member joined 14 years ago, which means the current line-up has been together as long as Sherbet were together.

FOREVER THE TOURIST is in one way a personal gift from Daryl to his most loyal fans, a thank you for their unrelenting support across the decades. But everyone involved is also confident these new emotion-filled, state-of-the-art songs will also introduce a whole new generation of music lovers to one of the most famous and beloved voices in the history of Australian music.

Alongside “Not Too Late”, the other seven songs on FOREVER THE TOURIST sound like pages torn straight out of Daryl’s world – intimate, joyous celebrations from a man who is loving life. Such as “Beautiful Feeling”, which encapsulates the thrill Daryl feels every time he steps up on stage. Or the reggae groove of “Perfect Day”, filled with sand, surf and sun. Or the title track “Forever The Tourist”, a huge open-hearted acclamation to where all his life travels have carried him so far. Throughout this mini-album, the mood is definitely up and vibrant.

“I guess I still look at life in a positive way,” Daryl says. “I have my son Oscar who is 27, I am happy with my life and don’t have that many qualms or troubles … as yet. The songs mainly are trying to reflect that positivity.”

It was Daryl’s son Oscar that stirred dad’s passion to get back into songwriting and recording after a decade of strictly concentrating on live work. Oscar gave Daryl a DVD of Green Day in concert, and Daryl loved the attitude. It coincided with one of his own shows in Perth where the room was filled with young rowdy university students, shouting and singing along with every song. It was there that Daryl decided he didn’t want to be only a classic hits artist – he wanted new songs to inspire his fans.

“I’d always been a fan and Daryl’s solo records made me appreciate him even more,” Oliver Jones says of his part in helping create FOREVER THE TOURIST. “I made it my goal to write and produce songs that brought out Daryl’s unique and undeniable tone and give today’s new listeners the wonderful experience that is Daryl Braithwaite.”

Late last year, Daryl sent a handful of the new songs to his old friend Denis Handlin, the head of Sony. Denis got straight on the phone. “Denis rang and said, ‘Daryl, love the stuff.’ And I said, ‘What?!?’ So I came in Christmas Eve last year and had a meeting with Denis and he just said we love it and we want you back. (laughs) It’s an exciting thing because I guess there’s not that much to lose. I’ve had success before but this is really exciting.”

Daryl says he feels he’s had a blessed life and career and this latest chapter might just be the greatest blessing of them all.

“We’ll give it a go. I say this a bit hesitantly but I somehow think it will do well. And I believe that ‘Not Too Late’ may just get some airplay. It’s weird. I listen to it and the reaction it gets from people, even from my band members playing it, is what makes me enthusiastic and excited to see what happens. The process of it is really, really exciting for me.”

How To Book Daryl Braithwaite