In a career spanning almost four decades, the tenacious Ross ‘The Boss’ Wilson has participated in the transformation of a fledgling industry into an enormously successful and well-respected force on the international stage. He’s issued over 45 singles and EPs (17 of which hit the Top 40) and 25 albums (including compilations), an astonishing tally by any criteria. For most of his 38-year career, Wilson has led rock bands although he has periodically taken to the stage as a solo performer. Ross Wilson has come a long way since 1964 when he fronted The Pink Finks, a schoolboy R&B band. In 1965 they recorded ‘Louie Louie’ a bona fide garage record and possibly Australia’s first independent single. The disc charted in Melbourne leading to a record deal & 3 more singles being released, while he was still at school!

In 1966 he formed The Party Machine & honed his emerging songwriting skills. The band published a lyric book in 1968 which was seized by the Vice Squad, deemed as obscene, & burned!! It was time to leave home. Ross relocated to England at the invitation of Procession, Australia’s avant-garde rock pioneers.

Returning to Australia in late 1969 he formed Sons Of The Vegetal Mother from which a splinter group, Daddy Cool emerged in 1970. Summer 70/71 saw DC take Melbourne by storm via their TF Much Ballroom performances. Appearances at outdoor rock festivals sealed their reputation nationally.

In 1977 he formed Mondo Rock. Their 2nd album Chemistry became one of the largest selling albums of 1980/81, yielding the hits Cool World, State of the Heart, Chemistry, & Summer of ’81. Mondo Rock continued to produce hits with No Time, Come Said The Boy, and Primitive Love Rites, until Ross decided to pursue a solo career, releasing the 1989 album Dark Side Of The Man & the hit single Bed Of Nails. 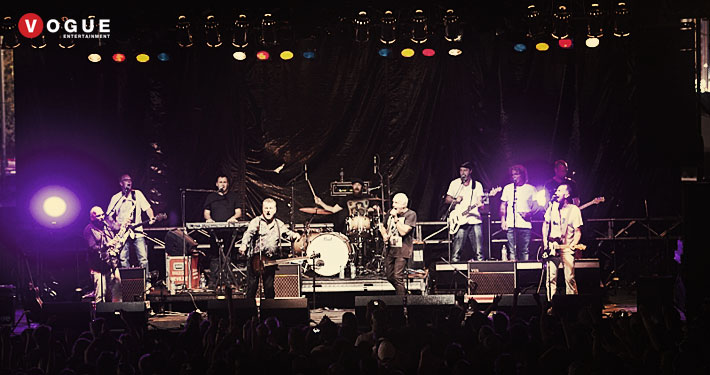 After 20 years of non-stop touring Ross took a few years off to concentrate more on writing than performing. Some were lucky enough to catch his recreational power-funk outfit RAW, 1991-93. A collaboration with The Angels & Angry Anderson in 1997 became ‘The Lounge Lizards’ national tour. He does his country thing at the Tamworth Country Music Festival and has worked with jazz men such as Jex Saarehlaht, Paul Williamson, John McAll & the Heta Moses Big Band around his home base in Melbourne. All of these experiences are now being reflected in his latest releases & performances.

Jan 12 2001 Ross took to the stage at Melbourne’s renowned Continental Cafe to launch a new era in his solo career & hasn’t stopped since.

2002 witnessed capacity attendances & rave reviews for Ross’s debuts at the internationally acclaimed Port Fairy Folk Festival & Australia’s biggest blues extravaganza the East Coast Blues & Roots Festival. In full-house arenas during August & September 2002 he warmly embraced his past by playing his 1971/72 Daddy Cool hits to 150,000 fellow Australians as part of the national, ground-breaking, Sold Out, 50s-70s, Oz Rock heritage tour, Long Way To The Top. As he says, “I want to be able to play for any audience, anywhere, & have them dig my music.” Quite an ambitious aim but the current genre-hopping tour schedule is proving Ross Wilson can do exactly that. 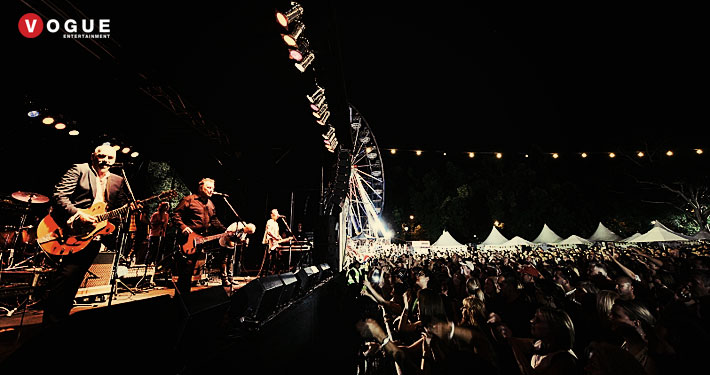 How To Book Ross Wilson

Book Ross Wilson for your next event by calling Vogue Entertainment on 1300 296 133 or contact us.