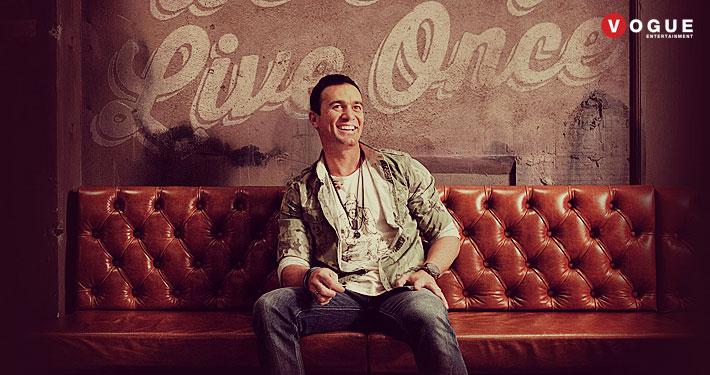 Shannon Noll’s everyman appeal lies in his honesty. He possesses the knack of striking a chord with legions of music fans, jacking into a pure emotion that’s both his own and instantly relatable. Fourth album, A Million Suns, stays faithful to his classic rock roots while ramping up the pace like never before.

Three years since Shannon hit No.3 in the ARIA album chart with Turn It Up, and despite having clocked up 10 consecutive top 10 ARIA chart singles, the country boy from Condobolin, NSW remains unaffected by success and committed to his hard-working rock ethic. “I’m a knockabout bloke, not so different to most people,” he points out. “It shows that the average bloke can achieve his dreams if he tries.”

First single ‘Switch Me On’ sees Shannon hooking up with Good Charlotte’s Benji Madden to write a driving missive of redemption through love. In a fortuitous example of life coming full circle, Shannon used to play Good Charlotte songs when earning his stripes in a cover band many moons ago. He again drew on his dive-bar band days for ‘Til We Say So’, a track that’s pumped with fighting talk. “I’m a massive Living End fan and we used to close our set with ‘Prisoner of Society’,” he recalls. “This has a similar message: ‘It aint over ’til we say so’. The bouncers would say, ‘Thanks a lot, mate, now you’ve fired them all up just as we’ve got to kick them out!'”

The anthemic ethos continues with title track ‘Million Suns’ – a homage to the Aussie summer and the nostalgia packaged in with it. It’s a dramatic track that really brings Shannon’s voice to the fore. ‘Life In Stereo’ is an unapologetic party number, one to put on when getting ready to go out, and then crank up when you get there. It makes cheeky references to previous Noll hits – you could never accuse Shannon of taking himself too seriously.

Shannon Noll makes special appearances at corporate events, charities and festivals. Depending on his touring and recording schedules, Shannon Noll can be hired for bookings at your event. Booking agent Vogue Entertainment can handle the booking arrangements and event management of Shannon Noll’s performance at your corporate event. Call 1300 296 133 or contact us for Shannon Noll bookings.

Songwriter Adam Reily, with whom Shannon wrote 2005 hit ‘Lift’ contributes ‘My Place in the Line’, about a man finding his role in life, and ‘Rewind’, which pleads remorse over past mistakes. “‘Rewind’ is one of the most beautifully crafted songs I’ve ever heard,” Shannon offers, singing a few lines. “The lyrics are unbelievable, with metaphors for everything.” Shannon reunited with country star Brooke McClymont to write ‘Would It Be So Bad’, about the need to take the time to appreciate the simple things in life. “Everyone’s so caught up with running around like a chook with its head cut off,” Shannon elaborates. “Would it be so bad if we dropped everything and didn’t come back?”

On that note, as any performer will tell you, working rock star hours means the home life can suffer. ‘Collide’ heats things up with its tale of coming home and colliding in the bedroom. “There are a lot of songs about my wife Rochelle directly or indirectly.” Shannon admits. ‘Come Home’ tackles the same subject, but takes things down a notch. “It’s a beautiful ballad about realising what you’ve lost and wanting a second chance,” he says. Another reflective ballad, ‘Path of Gold’ examines the importance of family. Topically, with its message of each generation taking the mantle from the previous one, there are shades of Paul Kelly’s ‘Deeper Water’.

‘Long Way Home’, meanwhile, is Shannon’s hands-down favourite. “It’s about the hard craft of the industry, rather than the bright lights,” he explains. “No one can do my job for me, so the buck stops here. There are times when you’re tired and want to come home, but I’m not afraid of what’s in front of me.”

Wherever you first got to hear Shannon sing, you’ll instantly recognise that true blue larynx, built sturdy by grit, gravel and beer. It recalls working-class heroes Jimmy Barnes, John Farnham and other pub rock stalwarts, who have long scored the rousing closing-time soundtrack to broken hearts and unbeaten spirits.

Unsurprisingly, then, he’s no fan of vocal effects; a refreshing attitude in an auto-Tuned era that will surely earn us a few sniggers in the history books. “You could be anyone!” he scoffs. “It’s the live set-up that separates the really good singers from someone who’s really good on a computer. It separates the men from the boys.”

Another pervading influence is John Williamson, a country singer who, like Shannon, grew up on a farm. “You can hear it in his lyrics,” Shannon enthuses. “You know he had to be living that life, or he wouldn’t have known those intricacies. And Barnesy, he plays for the love of it. When you’re playing a pub in Bonnie Doon, as we did on tour together last year, you’re not counting the mansions you’re going to buy.”

Shannon still to this day will busk in the street with his brothers when the urge takes them, determined to keep that grassroots joy alive. “I tell it straight up and down when I’m writing songs,” he says. “I’m not the sort of person who’ll write something that means 15 things to 15 different people. Music’s about making you feel something, and even more importantly, making you feel that someone else out there feels the same way.”

How to book Shannon Noll