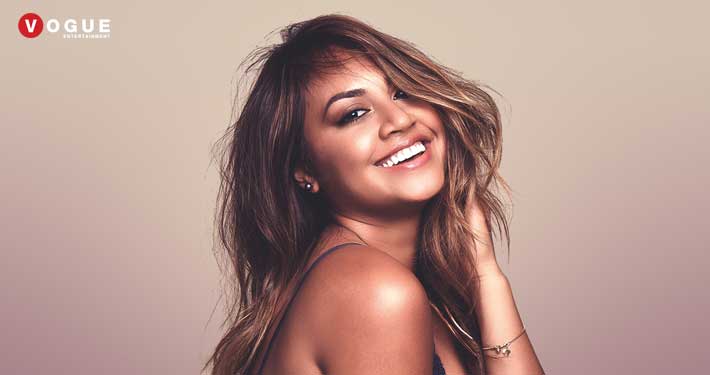 Jessica Mauboy is enjoying another “career” year. Though this time, it’s been a “global” year. In just a matter of months, Mauboy’s star went stratospheric thanks to her starring performance as “Julie” in the “The Sapphires,” she cut a new album, and now she’s ready to take it on the road for her first solo national tour.

Right now, the multi-talented artist is one of Australia’s hottest young creative exports. And all her energies are focused on music. Jessica opens-up like never before on “Beautiful,” her eagerly awaited third album. “Beautiful” is Jessica’s most honest album, most confident recording to-date. It’s a set that reflects who she is, and where she’s come from.

“I worked extremely hard on this one. It’s much more personal. I’ve been really hard on myself with this album. And it’s exactly what I wanted and sounds exactly as I imagined it would,” Mauboy explains.

The album was recorded in a whirlwind process. Jess hit the studio immediately after she’d finished promoting “The Sapphires”; it was a long, intense route that kept her from friends and family. “It has been, I guess, a whole new emotional journey and ride. There was a lot of doubt that went into this record, and emotion and heartbreak. I write much better when I talk of being angry or sad,” she says with smile. “It’s easier to write hard break-up songs than a pop song.”

Jessica has channelled all her emotions into the songwriting process. She has writing credits on most of the songs from “Beautiful”. With this album, audiences will get a deeper sense of who Jessica is. “I feel I really have pushed myself. I gave myself a challenge and I got through it. I felt like I stepped back, and really reviewed the album and took time to reflect. It was about not trying too hard, and just singing the songs and allowing them to breathe.”
Jessica’s story so far is a remarkable one. She grew up in Darwin, and became a national darling thanks to the platform of “Australian Idol’s” fourth season, back in 2006. Her debut 2008 album “Been Waiting” scored double platinum sales and yielded seven ARIA Award nominations. Jessica’s collaboration-crammed follow-up “Get ‘Em Girls” was a top 10 ARIA album and generated four multi-platinum selling singles.

Now, with more than 2million sales in Australia and a trophy cabinet full of awards, Jessica finds herself at the dizzying heights of pop stardom in her homeland. She got there through deftly climbing the ladder. It’s a difficult journey, navigated with immense talent, hard work and good instincts.

“Beautiful” was accomplished with the help of some luminary international producers. And on the track “Kick Up Your Heels,” Jessica calls on some serious firepower — a collaboration with global superstar Pitbull. She admits the track “was a bit quirky, a bit different. It has a very fun, upbeat vibe.”

Multiple Grammy-winning producer and songwriter Harvey Mason Jr (The Underdogs) served as Creative Director for the album. Harvey, who has worked with the likes of Aretha Franklin, Whitney Houston, Jordin Sparks and Beyonce, also produced and co-wrote the album tracks “Heartbreak Party” and the R&B song “I’ll Be There.” On “I’ll Be There,” Jessica tries a new “sing-talk” vocal style. “It fit the song and what the song needed. I’m really happy about that that I didn’t have to try so hard vocally to sing the song.”

American producers and songwriter duo The Fliptones produced and co-wrote the title track “Beautiful” and “Kiss Me Hello”. The Fliptones have worked with the likes of Jason DeRulo, T-Pain, Lil Wayne, Britney Spears, Flo Rida and Jennifer Lopez.

“Beautiful” is such a “simple song but so effective,” explains Jessica. The song draws inspiration from Stevie Nicks and Fleetwood Mac. “I can hear it in the song. It’s my favourite on the album,” Jessica notes.

Grammy Award winning producer Brian Kennedy – and an avowed fan and long-time collaborator with Jessica — produced and co-wrote the tracks “Honest” and “Go (I Don’t Need You).”

The first track lifted from the album, “To The End Of The Earth,” was the culmination of a trip to L.A. where Jessica joined-forces with songwriter Jaden Michaels and with Ben Berger and Ryan McMahon, members of the hot young production-songwriter team Captain Cuts.

The follow-up single, “Pop A Bottle,” has producer and co-writer credits with Mario Marchetti, a collaborator with Demi Lovato and Jennifer Lopez. Young L.A based songwriter Bekuh Boom co-wrote the song.

On “I Believe” and “In Love Again,” Jessica reprised a long-time working partnership with Adam Reily, who produced and co-wrote the two songs. The pair had worked on Jessica’s first album “Been Waiting.” Reily co-wrote the early song “Empty,” which Jessica today credits as her “all-time favourite, my No. 1 on the list of my favourite songs.”

Jessica admits she’s excited, anxious-even, ahead of the release of her new album. “Beautiful” represents a mature Jessica Mauboy. “I’ve got to the stage where I know what I want to make my music sound like. It has been that process where I’ve had to sit and be really picky and have a disagreement with myself and my music. I’ve made the “Real Jess,” the real me and I want to be more honest with me before I’m honest with anybody else.”

How To Book Jessica Mauboy