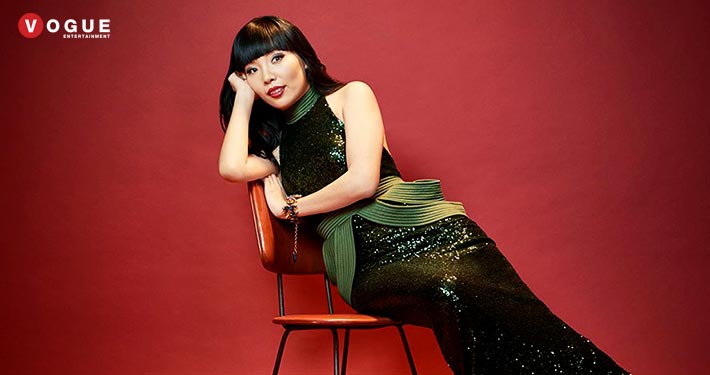 In 2013, Australian TV audiences witnessed the astonishing transformation of 24-year old Queenslander, Dami Im. As her X Factor mentor Dannii Minogue noted, “She looked like she stumbled on stage by accident”.

“X Factor was a great training ground for me,” Dami reflects. “It gave me the skills as an artist to be able to navigate around the industry.”

From a shy awkward ingénue, Dami Im blossomed into a powerhouse vocal star, and first-rate performer on The X Factor 2013. The shy girl in the corner took centre-stage and brought the house down, deservedly winning the show convincingly.

Of South Korean descent, Dami moved to Australia with her family when she was nine years old. Whilst she calls herself a proud Australian/Korean these days, life in a new country struggling to find where she fitted in wasn’t always easy. “It was a tough in the sense that I was a Korean girl growing up in Australia, and sometimes I felt like I didn’t belong to the Korean community or the Australian community. I think that’s what made me feel self- conscious, and lacking in confidence.”

It didn’t help that Dami had a noticeable talent for classical music, even though pop music was her real secret crush. “I played classical piano since I was 5 and did the highest level of exams in that when I was in Year 11, so I was high-achieving in the classical world. I knew though that I wasn’t really in love with classical music; when I hung around other students in Uni who were studying classical music, they were so in love with it and I just wasn’t. I was more into K-pop (Korean pop music) and artists like Mariah Carey, Christina Aguilera and Beyoncé, which meant that I struggled to fit in there, too.”

Travelling back and forth to Korea on short stints to pursue her career was a short-term fix; in truth Dami wanted a pop career back home in Australia. “I had some gigs in small bars, churches and jazz clubs, but very few, to be honest. I really didn’t know how to get my music out there, and I didn’t have any connections. With my personality, I shied away from things that I wasn’t sure about; I was afraid of meeting new people and putting myself out there, which of course didn’t help.”

Booking Dami Im For Your Event

Dami Im may be available for your corporate event or festival. Special appearances and private events are subject to availability and what you’d like to offer. If you have a special corporate event and would like to extend an offer to Dami Im for a performance, please contact us or call us on 1300 296 133.

Dami Im Reaching for The Top

Safe to say that Dami managed to overcome her initial reticence, embracing an avant garde inspired approach that struck a chord on The X Factor, resulting in the release of her debut single ‘Alive,’ which debuted at number one on the ARIA singles chart. “That was amazing! I was in the car on my way to a gig when I got the call about being number one … I might have gone a little crazy. Actually I was also in the car when I heard myself on the radio for the first time and again … I went a little crazy. I think there’s a theme developing!”

Ever since I was a teenager it was my dream to create my own album made up of songs that could represent who I am. I dreamed of writing original songs, selecting them, recording them, and coming up with a perfect title and the perfect image to accompany it all. I wanted the album to fully reflect myself: a true representation of the person I am every day.

After the most incredible year of opportunity, success, and support, the dream that made my heart beat became a reality, and it’s appropriately called, Heart Beats. I’ve spent this year delicately piecing together the songs for the album, carefully putting together an album that is as diverse as it is honest. Each song is so different, but at the same time they are connected by a common thread – that they all lyrically express the thoughts in my mind. For me, these songs are messages that I want to always remind myself of and to be able to share with others.

They say it takes your whole lifetime to make your first album, and I feel that’s exactly how long it has taken me to create Heart Beats. This is only the start of my career, and I hope it excites those who listen to it as much as it excites me. Every one of these songs features an intricate piece of me and I truly hope those who experience it get an idea of the real Dami Im.

I live for my music. My heart beats in time with music, and it gives me life. I can only wish that my music affects others, and provides the same strength, positivity, and inspiration that it gives me. That was my intention, and the foundation for the body of work on Heart Beats. I can’t wait for audiences to share this personal experience with me.

How to Book Dami Im