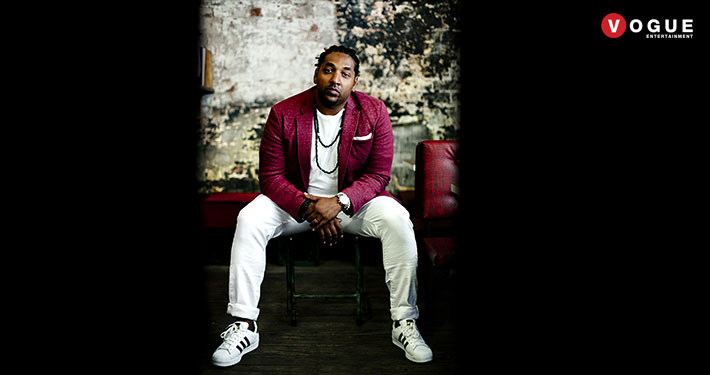 In 2014 the Australian X Factor judging panel named Jason as ‘the best singing drummer in the world’,  where he finished in the Top 6.  His rendition of Pharrell Williams smash hit ‘Happy’ at the X-Factor Audition 2014 has had over 1 million views on YouTube. 2015 has seen the emergence of Jason Heerah as more of a front man. His stage presence gives off his inviting positive energy each time in performances such as The Drum Scene Live tour of Australia ,Ch7 MKR Official Launch Party ,the Alannah & Madeline Foundation 2014/2015, 2014 Ch7 Perth Telethon to appearing with his Beautiful family for Emirates Stakes Day 2014 as official Family Ambassadors. Jason is renowned for his soulful twist on everything he touches through to national anthem duties for the AFL first preliminary final 2014 at the MCG, VFL grand final 2015 and Regularly at the NBL Melbourne United matches. He has shared the stage alongside international touring acts on numerous occasions with BoyzIIMen, Jermaine Jackson, Jill Scott and Olly Murs to name a few.

In 2001, Jason’s first involvement in an original band called “Supernatural” had him living in L.A. where he gained invaluable experiences in some of L.A’s most renowned recording studios – Ocean Way Studios on Sunset Boulevard being one of them.

In his hometown of Melbourne, Australia he has built up a reputation over the years as being one of the most regularly featured drummers or percussionist/vocalist for an array of artists such as Guy Sebastian, Disco Montego, C.D.B. Jermaine Jackson, Wanya Morris, Charles Neville, Marcia Hines, Jon Stevens, Olly Murs and many more. Jason has frequently performed on Australian television shows such as: The Singing Bee, Australia’s Got Talent, Molly Meldrum’s Countdown, Hey Hey its Saturday, X-Factor. As well as internationally on the Asian talent show, Sutasi filmed in Singapore.

Connect with Jason Heerah management and book Jason for your event. He can be booked for any event whether large or small and can tailor the size of band to suit.

Book Jason Heerah for Your Event

To give your event the spark it needs, call booking agent Vogue Entertainment on 1300 296 133 to book the wonderfully talented Jason Heerah.