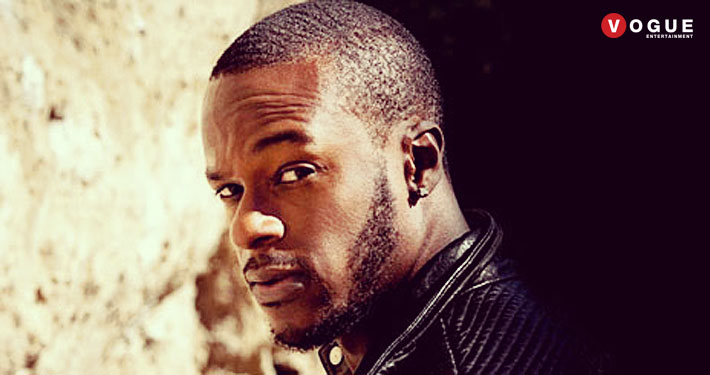 Tim Omaji is all about evolution – and in 2015 the dynamic singer, songwriter and performer is shedding “Timomatic” as he enters the next phase of his career. But he’s not so much as reverting to his birth name, Tim Omaji, as claiming it. “I felt like everything in my creative life and, to an extent, my personal life was evolving to what I believed was a closer expression of who I am,” Tim explains. “Everything naturally evolved but my name.” He came to view “Timomatic” as “an alter-ego”. “But Tim Omaji is me.”

Tim is an electric and engaging performer who knows how to capture the audience and keep their attention right to the very end.

Timomatic’s story begins in Nigeria – not only his birthplace, but also that of Afrobeat godfather Fela Kuti and Sade. Tim’s academic father brought his family to Australia – or, rather, its administrative hub of Canberra. Nonetheless, Tim and his three siblings weren’t deprived of West Africa’s “vibrant culture”. Their household revelled in singing and dancing, dad playing guitar. Omaji Sr stressed the importance of education, and application, as a means of self-empowerment (Tim calls it “the spirit of the hustle”). Yet Tim had his trials. “I was usually the only black kid at school,” he says. “I looked very different to everyone. It was just tough to fit in and to find my place. But, at the same time, my parents would always be like, Look, you’re destined to be different and unique, just stand on your own two feet – be confident in that.”

Tim enjoyed a range of music – down to the Christian rock he heard in church. Tim’s older brother exposed him to “aspirational” hip-hop artists – such as 2Pac, The Notorious BIG and Nas – while his sisters played R&B favourites like Whitney Houston and Toni Braxton. His thing? “I got introduced to the magic of Michael Jackson and it was done – like, it was over!,” Tim laughs.

Tim studied Psychology and Management at uni, but dropped out to do a music course. “My passion for music and performance just grew too strong and I couldn’t deny it.” Following Usher, Justin Timberlake and Destiny’s Child, who all auditioned for old school talent shows, the fierce hip-hop dancer (and graduate of “the Bedroom University of Dancing”) tried for So You Think You Can Dance and, after a DIY album, sang on Australia’s Got Talent. “Talent shows really gave me that platform to show my passion to the wider audience in Australia – and it led me to a record deal.”

If you would like Tim Omaji to appear at your special event or corporate function, charity or festival contact us or call 1300 296 133. Booking agent Vogue Entertainment can handle the booking arrangements and event management of Tim Omaji’s performance at your corporate event.

Tim issued the first of several urban-dance hits in Set It Off – it reached #2 on the ARIA Singles Chart and was both certified four-times platinum and nominated for the ARIA “Song of the Year”. But, despite the similar mega-success of 2013’s Parachute, a restless Tim craved a challenge. “I feel like musically I always want to be inspired and keep myself excited.” He was fascinated by pop culture’s new fluidity – “this merging of art, fashion and music” – and the rise of the “genreless-type of artist”, citing Theophilus London. Tim resolved to listen to his instincts and create something reflective of his “eclectic” background – and music emanating from his soul. “I’m not so concerned with the specific genre of the track, as long as I feel like it gets me up and it excites me,” he says. “If it excites me, it’s got a chance of exciting other people.”

Last year Tim unveiled the avant-R&B single Delilah (featuring former Clipse member Pusha T), which he wrote with US producer Glass John. Tim touts it as “a new school Dirty Diana”. It intrigued the industry – and, yes, hipsters. The single is now out Stateside.

Meanwhile, Tim is airing the sensuous Something Bout You, a collaboration with a triumvirate of emerging Americans – Dr Luke affiliate Nate Campany, Mag and Ben Romans. “I think on that day I was listening to a lot of funk and a lot of Marvin Gaye, just to get my inspiration. I was like, I wanna make something that is instantly classic and that has a groove to it and that will just get people up.” If Delilah, a cautionary tale, was “deep”, then Something Bout You is a direct “love song”. “It’s about that person who is always in the back of your head and makes you get excited to get up in the morning,” he offers. “There’s that cheekiness where sometimes that person may not be the best person for you – but it doesn’t matter because the feeling she gives you, or he gives you, overrides any kind of doubt.” The video celebrates Tim’s family (they cameo) and African-Australian heritage. And Tim has assembled a band – known to “rock out”. “Bringing my music alive through a band – which is bass, drums, guitar and a DJ – is a really different thing, especially for people who know my old stuff. I used to just work with tracks and dancers, but I’m not really using dancers much any more.”

This year Tim will be presenting his most intimate – and visionary – project. “The upcoming album really shows my scope as a writer and as an artist,” he reveals. “It’s just a lot more honest and raw and organic.” He’s invigorated by change. “This is really Phase II, and the beginning of Phase II, I’m always evolving!”