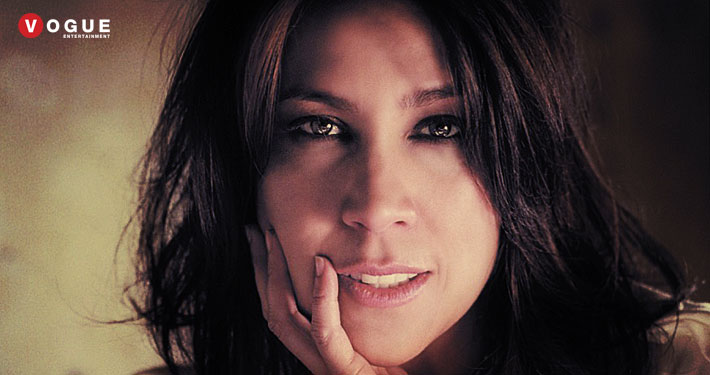 There is something truly spectacular about award winning singer and songwriter Kate Ceberano. Whether it is her soulful voice, her charismatic nature or exotic looks, she has become a legendary Australian icon over the past twenty-five years. A woman widely respected not only by the music industry, but also for her ability to juggle an abundance of other roles. From television appearances (Dancing with the Stars, Who Do You Think You Are, Getaway), to charity work as an Ambassador for the National Breast Cancer Foundation, Artistic Director of Adelaide Cabaret Festival, not to mention her award winning performance in South Pacific and of course being mum to Gypsy.

Kate first found fame with her funk band ‘I’m Talking’, a group that was managed by Ken West, who went on to found the Big Day Out with partner Vivien Lees. The group’s album produced three top ten singles, went Platinum and won Best New Talent (1984) at the Countdown Awards where Kate also won Best Female Vocalist (1985) as well as Best Female Singer (1985) at the Australian Record Industry Association (ARIA) Awards. However after just one album, the group broke up and Kate went solo, and it was in the late 80s that she started to gain reputed success for her soul, jazz and pop repertoire.

“I get so frustrated with how I see people give up too soon in this industry,” says Ceberano who has been nominated for ARIA awards seven times, a figure matched only by Kylie Minogue. “You can be dissuaded from wanting to continue in the music business, but you have got to weather out the hard knocks. My mother gave me the greatest compliment of my life when she said; ‘the thing with Kate is that she recovers fast’. And that is how you have to be. You just can’t give up; everyone is going to have an opinion about you. Everyone is going to love and hate you. You just have to soldier on.”

Kate’s first solo album was the live Kate Ceberano and Her Septet (1987). Her following album You’ve Always Got The Blues (1988) earned her an ARIA Award for Best Female Artist (1988). One year later, she won another ARIA for Best Female Artist (1989), as well as one for Highest Selling Single (1989) for Bedroom Eyes from her triple platinum album, Brave. At the end of 1990, she received three prestigious MO Awards for Jazz Performer, Female Rock Performer and Contemporary Concert Performer of the Year.

In 1992, Kate performed the role of Mary Magdalene in Jesus Christ Superstar. The show (which also featured John Farnham as Jesus) toured nationally, and the album was the biggest hit of the year – going an incredible 4 times Platinum. In 1993 Kate won a Logie Award for Most Popular Music Video for ‘Everything’s Alright’ taken from the show.

Kate followed this with her own late-night cabaret-style show on ABC TV called Kate Ceberano And Friends (1993-1994). In 1996 Kate released her next solo album Blue Box, which went Gold and saw her nominated for another Best Female Artist ARIA. In 1997 Kate wrote and released what has become an Australian classic – Pash. It went Gold and established Kate as one of our leading female songwriters.

Kate and husband Lee moved to LA and for several years they worked together developing as artists, with writing, dancing and acting. Kate taught herself to play piano and wrote with many of the local song-writers in Los Angeles. In 2003 they decided to return to Australia and start a family and their daughter Gypsy was born in 1994.

In 2007, Kate saluted the 80’s with her album Nine Lime Avenue, a tribute to a decade that she holds close to her heart. In fact, the album was named after her childhood street. Nine Lime Avenue was recorded in an unbelievable three weeks, whilst Kate was also tearing up the stage on season six of Channel 7’s Dancing With The Stars, of which she was crowned champion. The show was the third highest rated TV program of 2007, beaten only by the AFL and NRL Grand Finals.

“The songs are recorded in Melbourne and are nostalgic. I hope they inspire others to reminisce in time as well.” Says Kate Ceberano.

Inspire they did, as the album shot to #5 in the ARIA charts, and achieve Platinum sales. Kate followed this success by embarking on her national Nine Lime Avenue theatres sell out tour along with Dancing With The Stars partner John-Paul Collins. 2008 saw the release of Kate Ceberano’s 17th album So Much Beauty, the summation of everything that has made this Australian singer exceptional in the past and makes her exceptional still.

In 2009 Kate released ‘Bittersweet’ built on a shared musical connection with Mark Isham. After performing together in the US and forming a great musical bond, Australian singer, songwriter, actor, Logie Award and multiple ARIA award winner joined Grammy Award winner Mark Isham on a quest based on their mutual love for “bitter-sweet love songs” from the 30’s, 40’s and 50’s”. 2009 also saw the release of ‘Merry Christmas’ which achieved Gold status joining the already long list of Kate Ceberano’s achievements. With five Platinum albums, five Gold albums and over 1 million albums sold in Australia alone.

Doing what she loves most, making beautiful music; Kate has released 19 albums over her 25 years of success in the music industry. In November 2010 Kate re-released her beautiful ‘Merry Christmas’ album complete with stunning duets with Ronan Keating, David Campbell, Mark Vincent and Jimmy Little.

Like many high-profile musicians, Kate Ceberano is known to use her celebrity to support and bring awareness to many causes close to her heart; for many years now being an Ambassador for the National Breast Cancer Foundation. Her role sees her help raise funds and awareness about an illness that affects many lives.

“I like to be as involved as I possibly can in causes I feel strongly about,” says Ceberano of her appointment. “Yes I am a musician, but if I can do more to help others then I will.” “I know I am privileged to be where I am at in my career. I don’t take anything for granted,” she says. “I am very thrilled to have this opportunity to follow my love of music, but I work hard to be where I am.”

In 2012 Kate Ceberano took the reins as the Artistic Director for the Adelaide Cabaret Festival. In her first year she broke the record for most tickets sold and received high recognition from her peers for curating the best Adelaide Cabaret Festival yet and followed that with even greater success in 2013 which culminated in a stunning 35% increase in Box Office sales in just two years.

2012 also saw Kate join the cast of “South Pacific” winner of Best Production Of A Musical – Sydney Theatre Awards 2013. Kate received critical acclaim for her portrayal of Bloody Mary solidifying her stance in the theatre and an unstoppable talent. Also Kate also recorded her original album, “Kensal Road”, in Kensaltown Studios, London and this was released in July 2013. As a female artist who has been in the Australian music industry for over twenty-five years, Kate Ceberano has defied all the odds and continues to find success in all that she does.