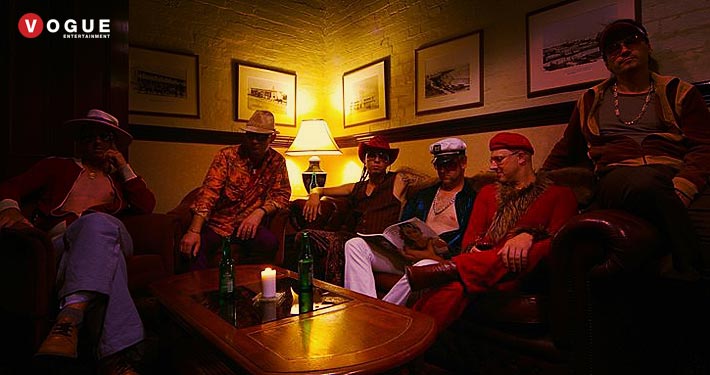 The Urban Playboys bring a unique sense of style which sets them apart from any other band. Their ability to create the atmosphere of 70’s funk with added juicy, fragrant flavour is what Urban Playboys do best!

When not partying on their trans-atlantic schooner, or living it up in various Melbourne penthouses, The Urban Playboys resolve to re-living the golden era of gas-lift suspension, disco balls and platform shoes.

When the boys take the stage, the crowd is transported 30 years into the past, and the costumes, lights and fine-tuned repertoire will bring the funk out of anyone. This not just a talented band… It’s a culture!

PAPA
Papa Playboy has it all. With many years experience in live performance with a myriad of Australia’s best known cover bands, he is one of the country’s finest band entertainers. Using this experience, he entertains his guests turning every function into a party. Humour, wit and class are his calling card. With a front man like this there is barely need even for a M.C., “Papa does it all!”

THE CHAIRMAN
There is no holding back this dynamic guitarist. Coming from a long line of circus performers, Chairman out plays, out sings and out performs them all. When it comes to the finer things in life, only the best will do for the Chairman.

MR NORTON
Voted thinnest man with the highest, strongest voice in the industry. Winner of the annual tightest butt competition. Willing to try anything including playing the saxophone. This playboy oozes sex appeal, and holds the band together with his banter with Papa and his dancing ability.

Krazy Karl
Karl plays the drums with the Urban Playboys. He is eccentric and is legally not allowed to play with any other bands in the country. Guests need not be concerned, as Pui is harmless since a water polo accident left him placid. Certainly Australia’s favourite drummer.

DIRTY MATT
Playing the bass guitar Dirty Matty is the picture of a ladies man. With a smooth strut, a cool manner and money to burn, this playboy knows how to have a good time… ladies beware!

ULI
Certainly the most talented musician of the group, Uli is a multi instrumentalist. Whether playing saxophone, singing or using his organ Uli succeeds where others have tried and failed. Uli has recorded and played live with many well-known artists and will be a fine catch for the right women some day.