An evening with Bob Valentine will take you down a musical road you will want to travel more than once. Bobby loves nothing better than a good party and many people will attest to the fact that a Bob Valentine gig is one hell of a party!

Got To Get You Into My Life

So whether it be a private function dance band, a floorshow, a night at the pub or a 20 piece orchestra, the name Big Bobby Valentine should be at the top of your entertainment list.

Having fronted successful acts like The Lonely Boys and the Sweethearts, Bobby Valentine is one of Melbourne’s favourite performers. Being in constant demand on the corporate circuit, Bobby has produced many formats to his performances.

With influences like Sinatra, Count Basie, The Beatles, Ray Charles, Elvis, Van Morrison, Stevie Wonder and Australasia’s own Ricky May, the Word “Variety” is synonymous with the name Bob Valentine. 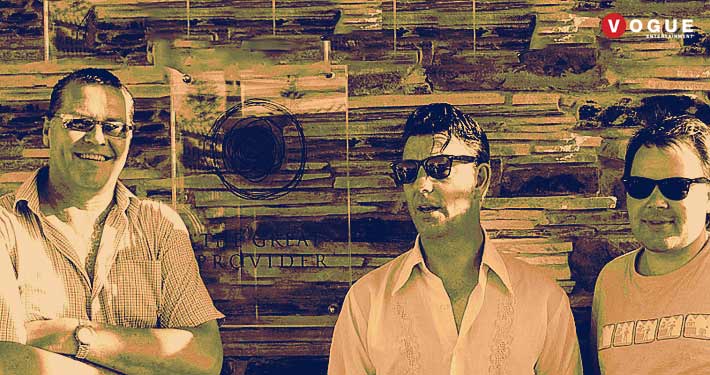 Bob Valentine has opened sold out shows for;

Bobby has performed at the AFL Grand Final, The Australian Open Tennis, The NBL Grand Final, The Melbourne & Caulfield Cups, The Vanuatu ‘Melbourne Cup Ball, The Gala Ball for Passengers of the Queen Victoria’s maiden round the World cruise.

Bobby is also in the enviable position of being one of Crown Casinoâ€™s preferred performers. He has appeared in the Palladium Ballroom & Crown Showroom on numerous occasions with his big band.

Bobby was one of the invited entertainers (with his 20 piece orchestra) to perform at the Grand Opening Palladium Concert. Bobbys band line ups boast Melbournes most prominent session and concert musicians and has featured guest vocalists including;

Through the 90s, Bobby was known as the voice of David Jones TV and radio commercials. He was also chosen to record the theme song for The Melbourne Storm & perform it for their Premiership season. As a ‘session singer’ he has sung on a multitude of Jingles for every conceivable product & done vocals on many well-loved albums.

Bobby has made several few forays into the big world, doing corporate shows in Bali, Thailand, Vanuatu and Fiji whilst also performing two public performances in Beijing which left him with a following of Chinese jazz devotees & his recorded work is played on Beijing FM Radio.

A visit to Bahrain for a special Australia Day show was followed up with a tour of other UAR countries & led to a regular return for Oz day celebrations. More recently a show in Paris & a cruise of the Mediterranean where the local Monte Carlo police asked the band to finish at 3 am as “you have woken an entire Principality”.

Bobby is concentrating much more on his songwriting these days, having had a song published and used in a movie. He has a song submitted for the upcoming movie of the Tim Winton book ‘Dirt Music” and is currently working on an album of Hawaiian flavoured songs as well as a Country CD.