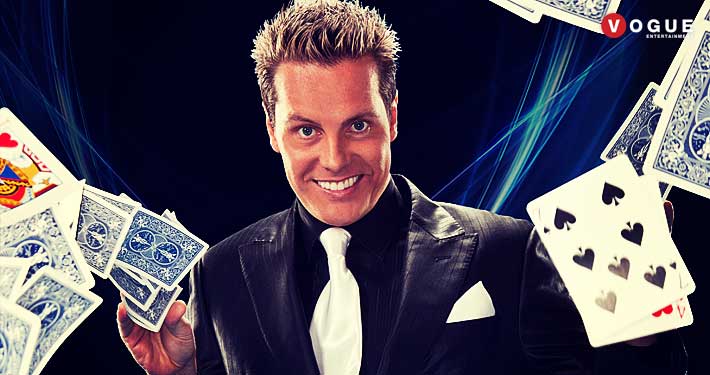 Matt Hollywood is one of Australia’s most nationally recognised entertainers.

Whether you have 50 people or 500 people attending – find out how to impress your guests like never before! Whether you’ve seen him on TV or simply heard about the show – one thing is for sure – ‘Your guests will never forget the hilarious magic of the Matt Hollywood Magic Show’.

He has been featured amongst the best of The Footy Show comedians and is regularly featured on numerous television shows including What’s Up Downunder, Exclusive Performances on Australia’s Funniest Home Videos, Ready Steady Cook and a featured entertainer at celebrity events Australia wide.

He has entertained companies and individuals across the globe with his hilarious mind-blowing magic and Las Vegas style illusions. Whether you have seen him in action or simply heard about the show, one thing is for sure you will not forget the amazing comedy magic of the Matt Hollywood Magic Show. A professional comedy magic act that is hilariously funny, original and has a perfect mix of comedy, magic and laughter. Matt Hollywood has won numerous National and International awards for his skills including the coveted Australias Champion of Magic. His brilliant sense of humour has set a new standard for entertainment and you are guaranteed hilariously impressive and unforgettable performances. Whether you’ve seen him live or simply heard about the show, there’s one thing for sure you’re in for a serve of side splitting comedy you’ll want to sample again and again.