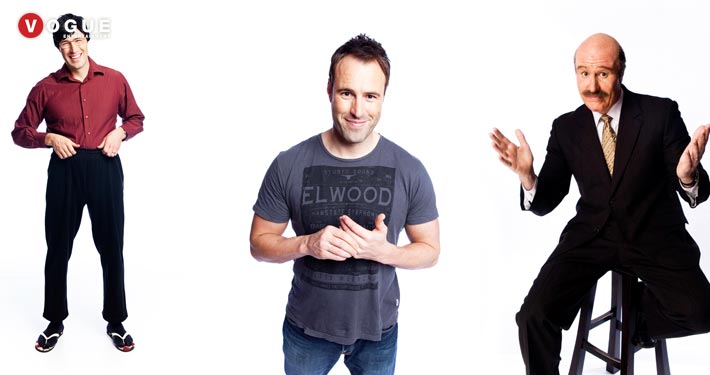 Comedian Ben Price is Known as Australia’s Best Impersonator. He consistently has his audiences rolling in the aisles with his spot on impersonations of personalities such as Arnold Schwarzenegger, Owen Wilson, Homer Simpson or Dr Phil.

A national talent at an international level, Ben has performed overseas on many occasions, most recently wrapping up a comedy tour of New York at Dangerfield’s Comedy Club. A recent career highlight was performing a warm up gig for the Global Financial Education Summit in Sydney & Melbourne as the Terminator- in front of Arnold Schwarzenegger himself! You will have also seen him in a TV commercial with Arnold Schwarzenegger for realestate.com where Ben was his body double.

Ben recently went to LA and featured in Ray Comfort’s new movie, Audacity. This will showcase Ben as many of his characters in his first movie release. Plus the message will be very powerful.

Since competing in the Grand Final of the 2011 season of Australia’s Got Talent, Ben has become a highly sought after comedian, heard around the country on various FM stations. His recent one-man show, Celebrities Got Talent sold out every performance and now he’s a regular guest on Kids WB on Go Channel. He was also a special guest on Channel 10?s Studio 10 and Planet unEarth as Arnie on Go Channel.

How to Book Impersonator Ben Price