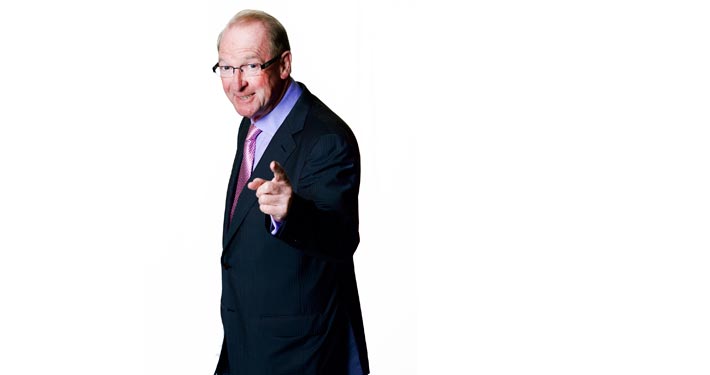 John Blackman has been a visible part of Australian radio and television for over 34 years, achieving national recognition through his pivotal role as the voice behind Australia’s longest running variety show Hey Hey It’s Saturday

John has endeared himself to audiences of all ages with his droll, spontaneous humour and his laconic sardonic outlook on life.

Recognised for his versatility as the “master of the one-liner”, John is in constant demand as compere/host for a wide range of formal, social and corporate occasions.

He is equally in demand as a facilitator for conferences and seminars as well as endorsement of advertisers’ products, both on radio and television.

It is John’s humour, familiarity and excellent rapport with listeners and viewers alike that have made him one of the most visible personalities in Australian show business, with widely acknowledged acclaim from his peers and associates.

He has also immersed himself in numerous other media-related ventures including several international animation projects with his wife Cecile.

Dickie Knee is the best known a head on a stick in Australia, was created by John over 20 years ago and developed a cult following on the Nine Network Australia’s extremely successful and longest running weekly variety show – Hey Hey It’s Saturday

Dickie’s character has been described as cheeky, sexist, impertinent, irritating, tacky and annoying – but above all, loveable
Dickie has charmed audiences, advertisers and consumers throughout Australia with his anarchistic demeanor and has created a style of humour (with a little help from Blackers) that is unique to Australian television

But did you know both are total golf nuts and have enjoyed great success hosting hundreds of Corporate Golf Days and Pro Ams around Australia?

Their fee includes pre-game mingling, wise-cracking their way around the course with the group of your choice or playing through the field with a different four on each hole.

At the end of the round, your clients then enjoy a highly amusing, user-friendly post game dinner presentation that will be remembered for many years to come.

Take advantage of John & Wilbur’s national profile and give your next Corporate Golf Day or Convention that individual edge!