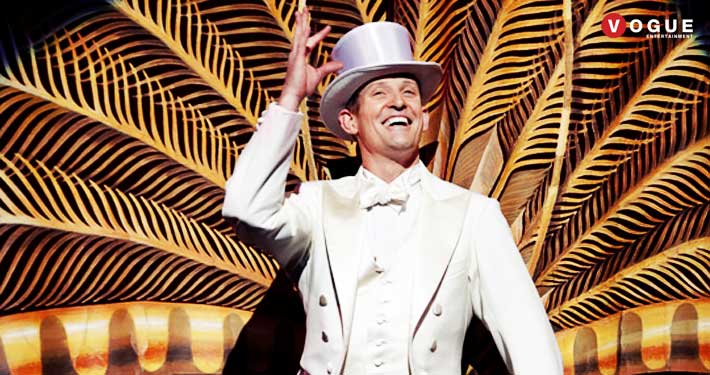 A household name in Australia, Todd’s versatile career has spanned three decades and shows no sign of slowing down. Already known as Australia’s leading man of song and dance musicals, since 1994 he’s also been the ‘colourful’ and often controversial judge on the Channel 7 hit series ‘Dancing With the Stars. Now in it’s tenth year

Trained from the age of three in jazz, tap, acrobatics and ballroom dancing, Todd has won numerous Mo Awards, Variety Heart Club Award, the Glugg Award, Green Room Award, Australian Dance Award and Helpmann Awards for his roles in LA CAGE AUX FOLLES, CATS, WESTSIDE STORY, SINGIN IN THE RAIN, CABARET and of course the role he is perhaps best known, that of Peter Allen in BOY FROM OZ.

Todd received rave reviews with his own production of TODD MCKENNEY LIVE that headlined in Sydney’s Star City Casino, Jupiters on the Gold Coast, Melbourne’s Crown Casino and the Adelaide Festival Centre.

In 2005 Todd released his first album JUST A GIGOLO, which rocketed up the charts and he debuted in his first non-musical theatrical role opposite Nancye Hayes in SIX DANCE LESSONS IN SIX WEEKS, which toured Australia in 2007.

Todd takes great pride in his association with numerous charitable organisations and he has learned to sign to communicate with his fellow performers from the Australian Theatre For The Deaf. He also works for the Children’s Cancer Institute Australia on their Diamond Ball Committee and helps raise much needed funds for research to find a cure for children’s cancer.

To book one of Australia’s most talented performers, call Vogue Entertainment on 1300 296 133