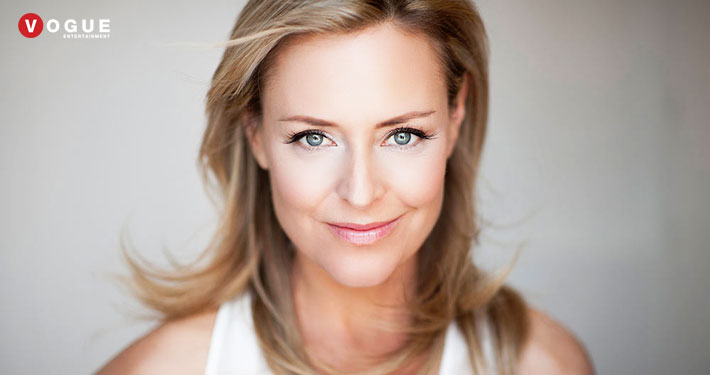 Rachael Beck is one of Australia’s leading female celebrity hosts and performers. She is widely remembered for her award-winning role as Belle opposite Hugh Jackman in Beauty and the Beast, which won the 1996 ARIA Award for the Best Australian Soundtrack/Cast/Show Release.  Her outstanding credits include her Green Award nominated performance as ‘Fantine’ in Les Miserables and ‘Rumpleteaser’ in Cats, both produced by Cameron Mackintosh.

Rachael’s theatre credits for the STC include ‘Peg Hartigan’ in Summer Rain directed by Robyn Nevin, Secret Bridesmaid’s Business, as ‘Fredrika’ in A Little Night Music,  ’Lady Mortimer’ in Henry IV and Me and My Girl – which toured Australia and New Zealand for the Adelaide Festival; and for The Production Company include The Pajama Game, Call Me Madam and Big Hair in America, which premiered at the Hot House Theatre.

Her other credits include Eureka for Essgee Entertainment, directed by Gale Edwards; ‘Sally Bowles’ in IMG’s Cabaret, directed by Sam Mendes; ‘Kathy Selden’ in Singing in the Rain directed by David Atkins, earning her a Mo Award nomination and ‘Maria’ in The Gordon/Frost Organization/SEL production of The Sound of Music.   In 1992, Rachael was ‘Judy Garland’ in her one-woman show, Young Judy written by John Beck.

If you would like Rachael Beck to appear at your special event or corporate function, charity or festival contact us or call 1300 296 133. Booking agent Vogue Entertainment can handle the booking arrangements and event management of Rachael Beck’s corporate entertainment performance at your corporate event.

Currently appearing as ‘Lisa Parker’ in Home & Away, Rachael’s screen credits include City Homicide, Stingers, Mercury, The Feds, This Man This Woman, GP, Flying Doctors, and Hey Dad. She also appeared in the film Ocean Boulevard and as a professional singer in Channel 7’s It Takes Two.

A highly skilled concert performer, Rachael appeared with Todd McKenney and Tommy Tycho in Broadway to Hollywood with the Symphony Orchestras’ in Australia. Her other credits include the tour of War Of The Worlds, Promac Productions’ Morning Melodies Concerts, Broadway Hits for Queensland Pops Orchestra, Goodnight Hamer Hall for The Arts Centre, Victoria and QPAC’s Christmas in Concert and Spirit of Christmas.

In 2011, she toured with The One Night Only Australia and performed with Ian Stenlake at QPAC’s Twelve Acts of Cabaret andCradle Songs, and More Than Words at the Adelaide Cabaret Festival.  In 2012 Rachael performed the lead of ‘Claire’ inOrdinary Days at the Darlinghurst Theatre, with the Canberra Symphony Orchestra’s A Night On Broadway and toured with Enda Markey Presents’ Side By Side By Sondheim.

Rachael is an Ambassador of the Australian Children’s Music Foundation founded by Don Spencer OAM.

How To Book Rachael Beck