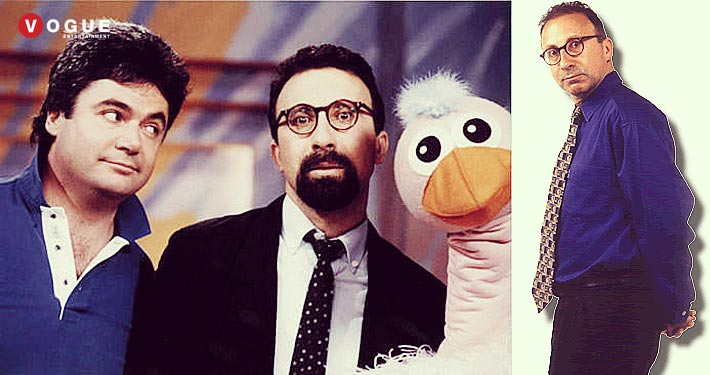 Elliot Goblet is well known for his television appearances as a guest comedian on variety shows. However 90% of his work is as a corporate entertainer at events like conferences, product launches, dinners and client parties, where you’ll see a more animated and more personable Elliot Goblet.

Whether doing a 20 to 50 minute spot or acting as the MC, in total Elliot Goblet has done over 1000 of these events and his major strength is his ability to write some tailored material for each presentation after efficient research into the industry, company or association, and the people who might be good comedy targets (if appropriate).

Through his specific tailoring Elliot Goblet can provide his clients with solid benefits such as improvement in motivation and improvement in communication. Additionally he’ll make a positive emotional impact and give his audiences plenty of laughs.

This best selling book is now in a 4th print. The foreword writer and body language expert Allan Pease says:

“This book is not only informative but is also very entertaining through the author’s unique method of turning business reality inside out, and sometimes outside in as well”

• Over 50 stand up spots on Australian national television shows
• Over 1000 corporate performances at conferences, product launches, dinners and cocktail parties
• Oodles of public performances at comedy clubs through to big theatres, including the Sydney Entertainment Centre and Melbourne Concert Hall
• International public appearances including the Montreal festival and an 8 week tour of the US
• A number of radio and television commercials in Australia and New Zealand
• Several cameo roles on television including an episode of Neighbours
• Several corporate videos specifically tailored for the client company
• Host of the Qantas in flight audio comedy channel on all domestic and international flights (for 15 months)
• Best selling book “Business According to Goblet”
• CD “Internally Beserk”
• Short film “Brown Shoe Polish” in 2001
• Elliot Goblet range of socks in 2002
• Cameo role in the film “Fat Pizza” in 2003
• Support act for the band “America” during their Australian tour in 2004

Elliot Goblet, the modern day Nostradamus predicts that in the year 2018: