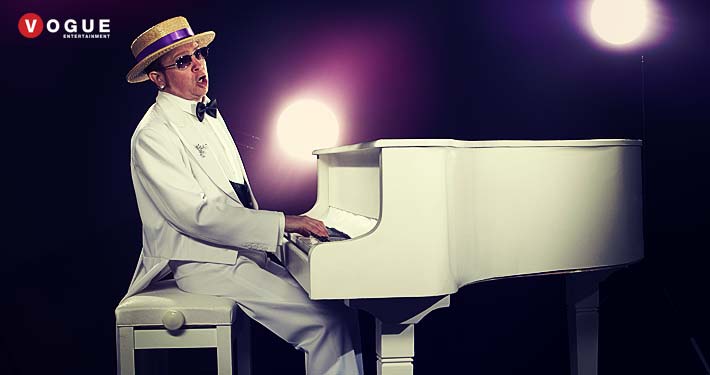 Do you love the music of Elton John? Then you need to book Elton John Tribute Show Melbourne.  Crocodile Rocket is a live entertainment experience featuring all your favourite Elton John classics plus some spicy stories about the songs and the man himself.

Entertainer extraordinaire Brenton Edgecombe,  learned his first Elton song at the age of nine and has been described as one of the world’s most convincing Elton John impersonators. In a career spanning nearly 20 years, he’s performed for revellers in St Tropez, Royal Wedding watchers at the Australian Club, countless luxury Cruise ship crowds and for a Proms audience accompanied by the Adelaide Symphony Orchestra.

The songlist includes all your Elton John favourites, like:

Tiny Dancer, Crocodile Rock, The Bitch is Back, Candle in the Wind, Daniel, Sorry Seems to Be the Hardest Word, Rocket Man, Saturday Night’s Alright for Fighting, Bennie and the Jets, Philadelphia Freedom, Goodbye Yellow Brick Road, Sacrifice, I Guess That’s Why They Call if the Blues, Blue Eyes, Back in the USSR, Can You Feel the Love Tonight? Circle of Life, Club at the End of the Street, Sad Songs (Say so Much), I’m Still Standing …