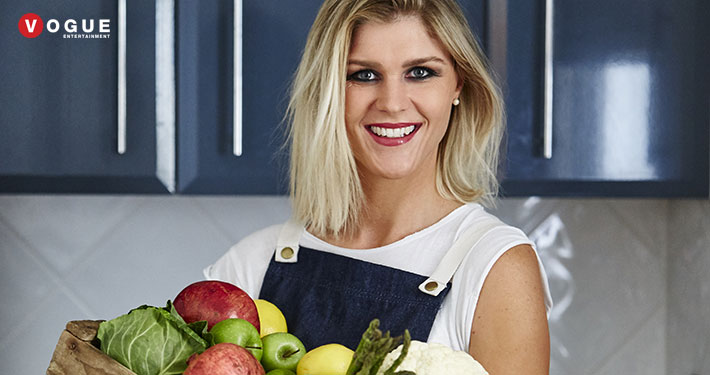 Courtney Roulston first rose to fame after competing in Series 2 of Masterchef (2010). Prior to Masterchef, Courtney worked as a barmaid in her local bowling club. She did this for ten years before plucking up the courage to apply for the show that would change her life…Masterchef.

Born in Blacktown but raised on a farm in Kellyville, Courtney is the youngest of six.  As a child, she enjoyed playing cricket, fishing, & something a little more uncouth…studying Margaret Fulton’s cookbooks! It was at this time at the tender age of eight, that Courtney first realised she’d taken a real liking to cooking. Her very first re-creations included homemade pizzas & cheesecakes – a far call from some of the dishes she so easily executes today…

In 2011, Courtney set-up her very own successful catering company, with clients ranging from the ‘Sydney Swans’- with 60 hungry mouths to feed, to private catering jobs scattered around Australia. Aside from her own catering business, Courtney also acts as an ambassador for Coles, participates in regular cooking demonstrations for both Bunnings & Coles & has her very own cooking segment on Channel 9’s ‘Mornings’ with Sonia Kruger & David Campbell. Courtney also features in ‘The Food & Wine Show’ (2014 & 2015), which takes place all over Australia throughout the year. In the past Courtney has created over one hundred recipes for’Shannon Ponton’s 8 week challenge’, featured in Harvey Norman’s ‘Cooking in Style’ TV commercials & also cooked for former Prime Minister, Julia Gillard.

2015 looks set to be both a busy & exciting year for Courtney! As well as running her catering business, Courtney will also be doing some television work, playing judge to ‘Chefs’ Table’, Clubs NSW 2015 & releasing two brand-spanking-new, AWESOME cookbooks!!, ‘The Salad Kitchen’ , followed by ‘Salads in a jar’. Look out for both mid-late 2015!

How To Book Courtney Roulston

Call Vogue Entertainment on 1300 296 133 to book Courtney to attend your event and and let her demonstrate some of her amazingly delicious recipes!