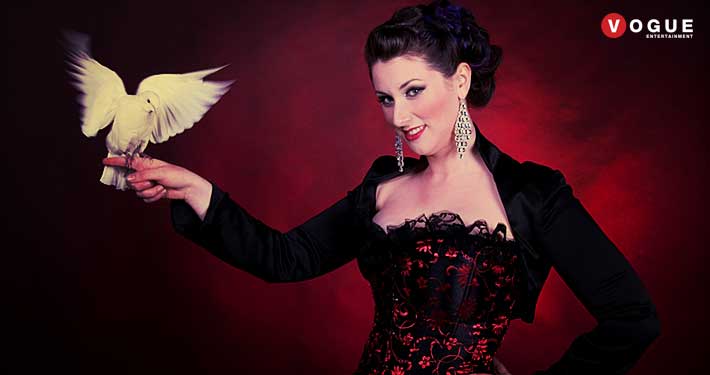 Lee has performed since she was 8 years old, first as a magician’s assistant and later having her own children’s show involving magic, balloons, face-painting, rabbits and doves. With a background in acting and music her work has had a strong focus on character acting highlighted in the 1920’s show where she play Trixy, a street-wise gangster’s moll. More recently focusing on corporate and close up magic brought the opportunity to perform in Hong Kong with fellow magician Sue-Anne Webster.