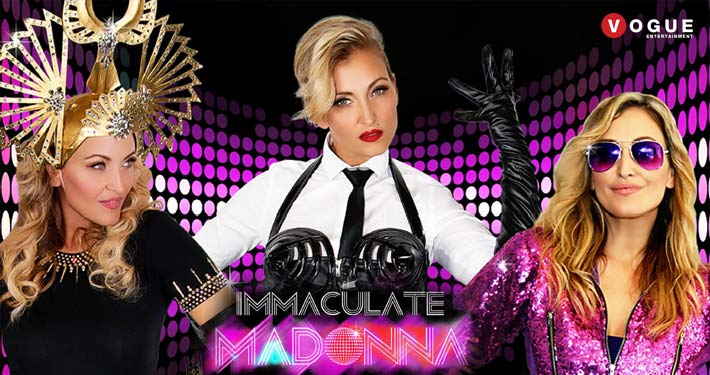 Take the greatest female artist of all time, the most popular dance anthems for generations, unmatched on stage charisma, all wrapped in some of the world’s most iconic costumes, and you have yourself IMMACULATE MADONNA! Paying tribute to the global icon that is Madonna, IMMACULATE MADONNA is the genuine live concert experience dedicated to the Queen of Pop.

With meticulous production, IMMACULATE MADONNA showcases the very best of Madonna’s hits to raving audiences. The show features replica costumes sourced from around the globe, including items created by Madonna’s own original costume designers. 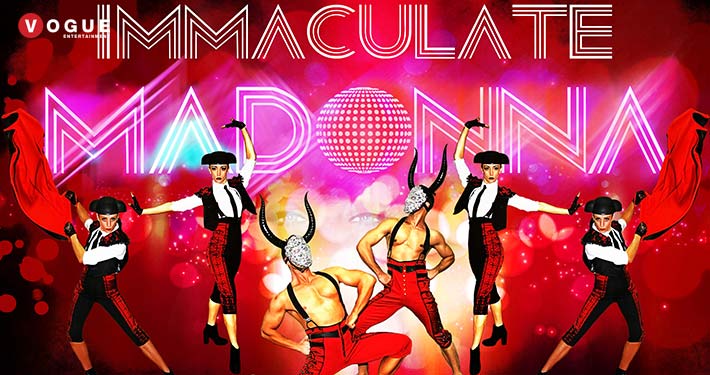 Choreography for The Madonna Tribute

The vast array of Madonna’s show choreography is brought to life by Australia’s best dancers. The show also features live musical arrangements from the catalogue of Madonna’s 13 albums and 10 world tours.

IMMACULATE MADONNA stars Leonie Lee as Madonna and is produced by Derek Bailey (100% KYLIE – World’s No.1 Kylie Show & endorsed by Kylie Minogue). Seasoned entertainer Leonie Lee encapsulates the very essence of Madonna right before your very eyes. With her uncanny resemblance, that unmistakable voice and incredible star quality, this power packed performance will have you thinking the ‘Material Girl’ herself has just appeared on stage. 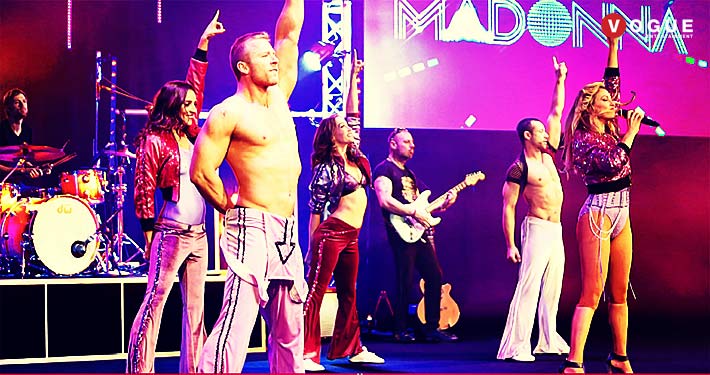 If you would like to book Immaculate Madonna or check availability of the show for the date of your event, contact talent management agency Vogue Entertainment on 1300296133.