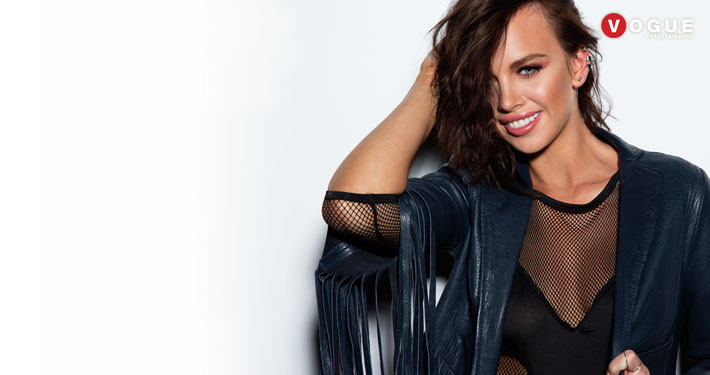 Bonnie Anderson is no longer the 12 year old girl you remember from Australia’s Got Talent!

Now a young woman, Bonnie Anderson has spent years polishing her performance and song-writing skills to arrive at this point – confident, grown up and ready to shine; she knows her own mind and understands what she wants to communicate through music.

After her win on Australia’s Got Talent in 2007, Bonnie declined taking the route of the instant popstar and opted instead to put her head down and work solidly on developing herself as an accomplished song-writer and performer – the results of which are now being revealed with Bonnie releasing her first singles as a fully-formed recording artist with an extensive performance resume.

Her debut single “Raise The Bar” was a collaboration between Bonnie and song-writing/production powerhouse DNA Songs, which impacted heavily on commercial radio in late 2013 and amassed video views of over 170k. 2013 also saw Bonnie turning heads at her first ARIA awards ceremony – her outfit more than subtly hinting at the fact that she’s now all grown up.

As Bonnie recalls, “Blackout” came from a conversation we were having about boys… hot boys! It is about a desperate desire and wanting something so badly and so passionately, you just have to have it now! The ‘blackout’ is that intense secret moment between you and that person, and nothing else matters.”

From then it snowballed into a pulsing, intense pop smash about acting on your strongest desires. As Bonnie explains, “Blackout” is something different to what people have heard from me before; it definitely showcases more of the risk-taking and passionate side to my personality.’

Bonnie is embracing a highly stylised look for the imagery around “Blackout”, calling on a creative A-Team comprised of last year’s ARIA award winner for Best Video Director, Christopher Frey, and celebrity photographer, Peter Brew-Bevan. The video for “Blackout” provides a definitive insight in to Bonnie’s evolving personality and risqué style.

With over 150 gigs, her debut single “Raise The Bar” and a recent Australian tour with UK superstar Olly Murs under her belt, Bonnie Anderson is ready for the next phase in her ever-evolving career and “Blackout” is the perfect catalyst.

How To Book Bonnie Anderson